“For youth, by youth” intervention to prevent dating violence and promote healthy relationships

A Dating Violence Prevention Program (DVPP) for youth in Vancouver and Surrey, BC

Elske (she/her) has spent the majority of her career working with young people in a variety of different capacities and roles. She began her work in this setting with a Bachelor of Education, in a specialized Elementary Education Program at the University of Victoria. Once she completed her post secondary education, Elske spent time in London teaching in primary schools. Once she returned from London, she worked for the Big Sisters Study Buddy Program, which is a program that matches female identified girls with a mentor. Following this, she worked at the University of British Columbia, managing the Trek Program. This community engagement initiative focused on supporting UBC students to get involved in experiential learning opportunities outside of their course work in Vancouver inner-city schools non-profit organizations in the Downtown Eastside. Elske has been working at the YWCA since 2011, initially as the Supervisor of Youth Education Programs in Surrey and now currently as the Manager of Youth Education Programs. Elske oversees programs for grade 7 students supporting them with the transition to high school and our new Dating Safe program.

Elske would like to acknowledge that she lives, works, and plays on the ancestral and unceded Coast Salish territories.

Amy (she/her) is the Dating Violence Prevention Program Coordinator at YWCA Metro Vancouver, where she balances her passions for working on youth programming with initiatives that support ending gender-based violence. Amy sits on a number of YWCA committees including the Gender Inclusion Committee, the Truth and Reconciliation Committee and the Anti-Sexualization Taskforce, which she co-chairs.

Amy began her work in the non-profit space in 2010 as a Red Cross Anti-Bullying Facilitator, sparking her passion for working on curricular programming with youth and educators in schools. After completing her undergraduate degree in History, Amy started as a WE Charity Program Manager where she worked with schools in Washington State to help educators implement service-learning initiatives centred around issues young people were passionate about, before joining the YWCA.

In her spare time, you can find Amy reading a book while cuddling with her kitten, Tiki.

Amy would like to recognize that she is a white settler who is privileged to live, work, and play on the ancestral and unceded territory of the Coast Salish peoples – Katzie, Tsawwassen, Stó:lō, W̱SÁNEĆ, and Kwantlen First Nations.

Ryan has spent the last decade facilitating programs about gender-based violence, coordinating youth programs and speaking in his community as an educator, an advocate, and a co-conspirator. He is passionate about community activism, confronting the patriarchy and discussing the realities of power and inequality in our societies.  Ryan identifies as a gender questioning man, uses he/him/his pronouns, is a white-settler here on unceded Coast Salish territories and is the child of Scottish, English and Sicilian families. He currently co-facilitates conversation circles for self-identified men in the Healthier Masculinities Club at UBC and at Kiwassa Neighbourhood House in East Vancouver. He is the program manager of “iGuy”, with Saleema Noon Sexual Health Educators, and facilitates these workshops for students that identify as boys in grades 4-7 across the lower mainland. He is privileged to carry with him an undergraduate degree in social justice and peace studies, and a masters of arts in globalization and the human condition.

Girl, You Got This! 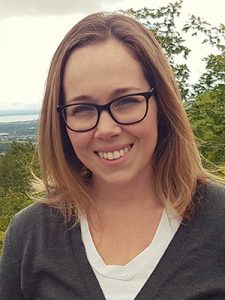 Sara Crann is a Postdoctoral Fellow in the Department of Psychology at the University of Windsor. She is a feminist social psychologist who studies girls’ and women’s health and wellbeing, including intimate partner and sexual violence against girls and women. Her research focuses on how girls and women understand and push back against the conditions that undermine their health and wellbeing. Her current research is developing an effective and empowering sexual violence intervention for adolescent girls. In partnership with community-based organizations, youth, and researchers at the University of Windsor and Tufts University, Sara is leading a project to adapt and evaluate the feminist EAAA (aka Flip the ScriptTM) program for girls between 14 and 17 years old. Sara previously worked with the EAAA program as a Research Site Coordinator at the University of Guelph on research to evaluate the effectiveness of the EAAA program with university women. 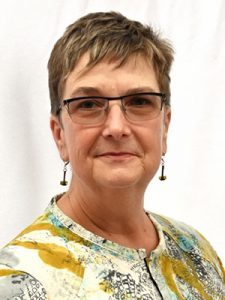 Charlene Senn is a feminist social psychologist. She holds a Canadian Institutes of Health Research funded Canada Research Chair in Sexual Violence and is a Professor of Psychology and Women’s and Gender Studies at the University of Windsor. She has been an activist and advocate on issues related to men’s violence against women and women’s health for many years. Her research focuses on effective sexual violence interventions, particularly those developing women’s capacity to resist sexual assault. She developed the feminist EAAA (aka Flip the Script) program which was recently proven to substantially reduce the sexual violence women university students experienced (30 – 64%) for at least two years. The program simultaneously increased women’s confidence and reduced their self-blame if they were sexually assaulted. EAAA is now being used in universities and colleges in Canada, the U.S., New Zealand, and Australia. It is also being adapted for younger girls and for use in other countries (e.g., eSwatini). With her colleague, Dr. Anne Forrest, she has worked since 2010 on another critical piece of the sexual violence intervention puzzle to institutionalize effective bystander education and to study its short and longer term impact on campus culture.

Preventing gender based violence with cybernetic adolescents in schools

Greg Penney is the Director of Programs at the Canadian Public Health Association (CPHA). Greg is responsible for the strategic development, implementation and overall direction of a wide range of national public health programs addressing such issues as emergency preparedness, chronic and infectious disease, tobacco control, health literacy, drugs and alcohol, the environment, and the prevention of youth dating violence. Greg oversees and supports the process of CPHA’s project focused on the prevention of youth dating violence through the implementation and evaluation of a comprehensive sexuality education curriculum. 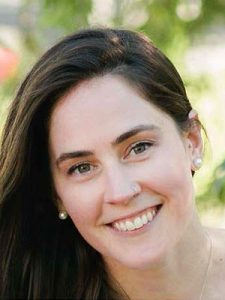 Rachel MacLean works with the Canadian Public Health Association (CPHA) leading various projects and initiatives related to sexual health and harm reduction. Specifically, Rachel coordinates a project related to the prevention of stigma within health and social service settings, as well as a project focused on the prevention of youth dating violence through the implementation and evaluation of a comprehensive sexuality education curriculum. Rachel holds a Master of Public Health from the University of Toronto and a Bachelor of Biomedical Science from the University of Ottawa. She has been working for over a decade at both policy and community levels to advance healthy sexuality in Canada. 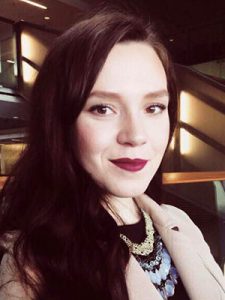 Erin Laverty works with the Canadian Public Health Association (CPHA) on a project focused on the prevention of youth dating violence through the implementation and evaluation of a comprehensive sexuality education curriculum. Erin has volunteered, worked, and studied in the field of sex and relationship science in mental health, forensic, and academic settings. Erin holds a Master of Science in Experimental Psychology from Trent University and Bachelor Arts with a Specialization in Psychology from the University of Ottawa. Her interests include but are not limited to psychological research; she is passionate about all knowledge that pertains to adolescent social development, sexual relationships, and interpersonal communication. 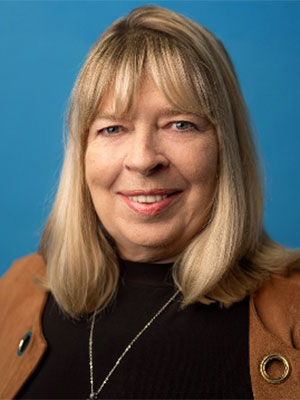 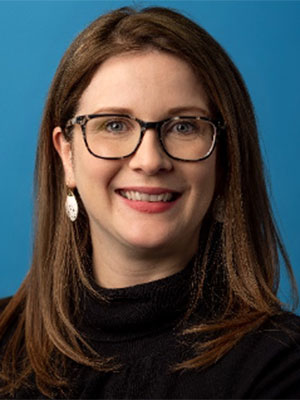 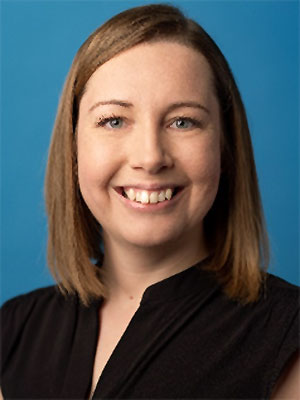 Meccana Ali is a registered social worker with years of experience engaging youth and families around violence prevention and healing strategies from a trauma-informed and health equity lens. I have worked with diverse populations from newcomers, immigrants, survivors of domestic violence, marginalized and vulnerable youth and their families across Canada.

Respect2Connect (R2C) and its multiple collaborators allow for a person-centered model of engagement with youth around teen dating violence prevention.  As the Manager, National Programs for Respect2Connect at Boys and Girls Clubs of Canada we highlight the expertise of Boys and Girls Clubs across Canada in this area. Additionally, we are collaborating with Taylor Newberry Consulting around evaluative measures where R2C addresses an important gap in knowledge and evidence about effective community-based teen dating violence prevention programs. 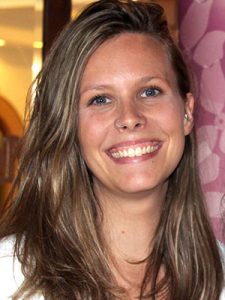 By joining the Réseau-Femmes CB team in 2016, Tessy quickly started meeting French schools in the greater Vancouver region in order to develop a healthy relationship promotion program for Grade 10 classrooms. Passionate about the work of feminist organizations, she specializes in the prevention of violence based on gender, support for victims and sexual and reproduction health education. Fantastic pair with her colleague, Jessica Debanné, Tessy is in charge of the program supervision, partner, school and parent commitment, as well as the program development and the animators training.

Jessica arrived in Vancouver from Montreal in February 2020. She graduated from McGill University where she studied International Development with minor concentrations in Communications and World Religions. For the last few years, she has worked for a youth organization and as an administrator and national trainer for a consulting agency specialized in abuse prevention and the protection of the vulnerable sector. In 2018, her an editorial internship for a foundation fighting against the trafficking of women spawned her interest about the role of communication in the fight for gender equality. This led her to New York in 2019 to take on the role of communications and knowledge management intern at UN Women’s Fund for Gender Equality. Passionate about everything related to the empowerment of women and violence prevention, Jessica joined Réseau-Femmes as coordinator of the JLRS Program in spring of 2020. Outside the office, she likes to discover new cafés while reading a novel, writing, or keeping busy planning her next trip.

An evaluation of the P.E.P. Talk Intermediate Program, a dating and gender-based violence prevention program

Implementing The Fourth R in Thunder Bay and District